Internet voting: an idea whose time has not come

Properly designed and engineered computerized voting systems can facilitate voting and increase the security and reliability of our voting systems. Unfortunately, in their eagerness to have the most modern and best election equipment and to take advantage of almost $4 billion in federal funding, well meaning election officials were quick to accept accuracy and security claims of computerized voting system vendors. Few questions were asked about crucial issues. How secure, accurate, and reliable are these machines? How easy are they to use, especially by people with disabilities? How could an election audit or recount be conducted? There was little or no consultation with independent technical experts on these questions, and remarkably little scientific research. Standards and regulations were inadequate to nonexistent. The implicit assumption appears to have been that no recount would ever be needed, because the new systems were so completely secure and accurate that there would no longer be any reason to challenge an election result. 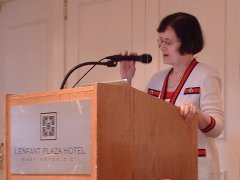