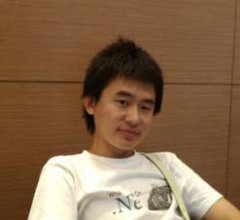 Chao Wang received B.S. and Ph.D. degrees from School of Computer Science, University of Science and Technology of China, in 2006 and 2011 respectively. He has been a postdoctoral researcher in USTC from 2011 to 2013. He also worked with Infineon Technologies A.G. in 2007-2008. He serves in the Editor board of Microprocessors and Microsystems, IET Computers & Digital Techniques, and International Journal of Electronics. He is now in the CCF Task Force on Formal methods. He is a member of IEEE, ACM, and senior member of CCF.