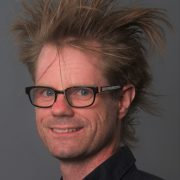 Bio: K. Rustan M. Leino is Senior Principal Engineer in the Automated Reasoning Group at Amazon Web Services. He works on ways to make sure programs behave as intended, secure and functionally correct. Leino is known for his work on programming methods and program verification tools and is a world leader in building automated program verification tools. These include the languages and tools Dafny, Chalice, Jennisys, Spec#, Boogie, Houdini, ESC/Java, and ESC/Modula-3. He is an ACM Fellow.

Before Amazon, Leino has been Principal Researcher at Microsoft Research, Visiting Professor at Imperial College London, and researcher at DEC/Compaq SRC. He received his PhD from Caltech (1995), before which he designed and wrote object-oriented software as a technical lead in the Windows NT group at Microsoft.

Leino hosts the Verification Corner channel on youtube. He is a multi-instrumentalist, he instructed group cardio and strength classes for many years, and he likes to cook.